It is with great pleasure that we announce that our TV-series “Inspired by Nature” by André Rehse won the Life Science Award 2011. The documentary series convinced the jury in the category “Engineering” through its “discoveries of new ways to learn from nature”. The awards took place on the 21st of October 2011 in Prague, Czech Republic, as part of the Life Science Film Festival.

A Perfect Crime: Nomination for the German Business Film Award 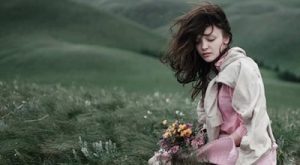