Gaza brings us into a unique place beyond the reach of television news reports to reveal a world rich with eloquent and resilient characters, offering us a cinematic and enriching portrait of a people attempting to lead meaningful lives against the rubble of perennial conflict.

Over the course of four years, between 2014 and 2018, GAZA documents the daily life of some of its inhabitants who, in their sheer desperate situation, have not yet lost hope.

Gaza is a narrow strip of Mediterranean coastline bordered by Israel and Egypt. It measures just 140 Sq. miles and is home to nearly 2 million Palestinians. It is part of the Palestinian Authority Territory and has been ruled by the Islamic Resistance movement Hamas since June 2007. Since then Israel has imposed a blockade on Gaza, completely sealing its borders. The Israeli-Hamas war 2014 has led to almost 2000 deaths and huge tension. The sensitive temporary ceasefire from August 2014 was ended in Spring 2018 when border protests escalated. No reconciliation in sight.

The documentary GAZA was shot in this troubled region and is yet no war film but a film about human beings and everyday life despite constant crisis. It brings together an eloquent, resilient, funny and courageous group of protagonists, on whose lives the world lens is often trained, without ever capturing their true essence. Their struggle, survival, resilience and sense of family  go to the very heart of humanity and human nature.

In Ahmed’s refugee camp makeshift home lives Gaza’s largest family of 14 sons, 22 daughters, one father and three wives. Less than 10 miles away, Karma’s plush apartment, together with her liberal mother, traditional father and three sisters tell a different story. Ahmed doesn’t look beyond Gaza for his life goals and dreams of becoming a big time fisherman on the mere three miles of restricted water beyond the coast. But as Karma gazes out to sea, she laments the unreachable opportunities that she knows lie beyond.

Alongside our two central characters, we follow a theatre director staging a production, a taxi driver, a paramedic, a fisherman, a fashion designer. Through these ordinary, richly observed lives we gain a nuanced and complex portrait of life in this remarkable place.

Experienced Irish filmmaker Garry Keane and award winning photographer Andrew McConnell have embedded themselves deep within the community and culture and have established unprecedented access. They have developed a clear vision for a film they passionately want to make: the untold story of Gaza through its vibrant, undocumented people. 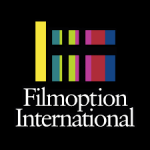 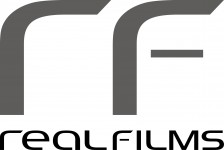 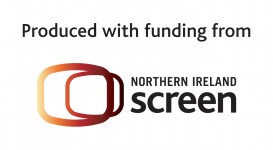