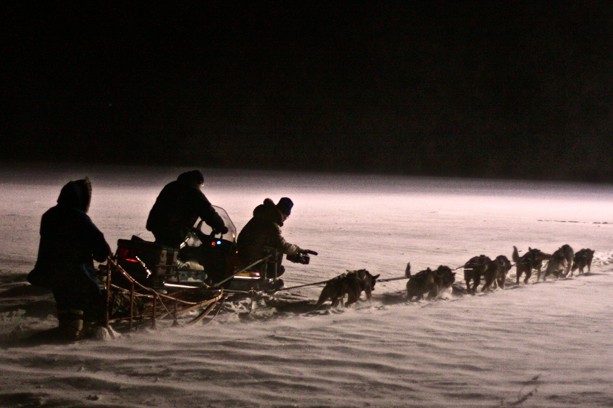 A film by Daniel Anker

When in 1925 diphteria breaks out in the small city of Nome in Alaska, one of the greatest dog sled-runs in history starts out for rescue. The mushers and their dogs fight day and night through ice and snow to fulfill their mission – while the American nation is glued to the radio to follow the events.

A film by Daniel Anker

On January 28, 1925, newspapers and radio stations across the world headlined a terrifying story: Diphtheria had broken out among the children of Nome, Alaska. Nome, a small town on the Bering Sea, is as isolated as they come, separated from the rest of the world for seven months each year by a frozen ocean. With barely enough antitoxin on hand to treat half a dozen people, the death toll for Nome and other outlying communities could potentially reach into the thousands. Though a small supply of life-saving serum is located, it is more than 1,600 kilometers away. With aviation still in its infancy, and one of the harshest winters on record in Interior Alaska, only ancient means – dogsled – could save the town.

The subsequent “race against death” remains one of the most harrowing cliffhangers of the 20th century. In temperatures as low as 50 degrees below zero, more than twenty men, and at least 150 dogs, set out via dogsled to relay the antitoxin across 1100 kilometers of Alaskan wilderness to save the town from the lethal epidemic. This heartwarming story has resonated across cultures and generations in previous fictionalized re-tellings, including Steven Spielberg‘s animated film, BALTO. But “Icebound” is not just a tale of adventure. The film reveals untold stories, as voices of the past and present guide us through the complex histories from the Alaskan frontier: the gold rush era, tensions and tragedies between Alaskan Natives and white pioneers, and the confrontation of ancient and modern.

Directed by Academy Award-nominee Daniel Anker, and eight years in the making, “Icebound” is the first feature-length documentary film to tell this remarkable true story.