A documentary by Shani Rozanes, Sagi Bornstein and Udi Nir

Forty years after her death, Golda Meir’s image is still clouded with controversy. While perceived as a feminist icon in many places in the world, in the country she led as a prime minister for five years she’s seen by many as a total failure, a symbol of disgrace. “Madam Prime Minister” invites the viewers to walk in her iconic shoes and reexamine her ground breaking and dramatic years as the first and only female prime minister of Israel.

A documentary by Shani Rozanes, Sagi Bornstein and Udi Nir

The Gallup poll results for the most admired woman in the United States in 1974 surprised no one: Golda Meir, the Israeli Prime Minister who spent her adolescence years in Milwaukee, conquered the top again – for the third time in the last four years. As an admired politician with a groundbreaking career in public service, she gained recognition in the Sixties and Seventies travelling around the globe to meet kings, presidents and ministers from the Ivory Coast to Japan. A devoted, aliquant, charismatic and determined leader of the young state of Israel.

In the country she reigned, however, 1974 was the year of her demise. The 75 years old prime minister had to step down in April, shortly after being reelected and forming a new government. A wave of public protest following the Yom Kippur war left her no choice. 2018 will mark forty years of her death, as her public image is still in deep dispute. Her supporters describe her as the mother of the Zionist nation, who strived her whole life for peace, regional cooperation, social justice and equality. Her critics describe a narrow-minded, prejudiced woman that resisted all reconciliation attempts and lead Israel to unnecessary war and loss, in a vicious cycle of violence that still effects life in the Middle East. Whether you are a member of the first group or the latter – no one can deny the importance of her role in the short history of Israel, and the long-lasting effect of her premiership on her land, the Middle East, and world politics.

“Golda” follows Golda Meir from the day she stepped into the Prime Minister’s office in March 1969 until the day she quit and left the cabinet meeting alone in April 1974. Archive footage will present her complex and unique personality, while interviews with former colleagues, politicians, social activists and family members will examine her crucial role in many major internal and external conflicts, shaping and challenging the state of Israel to this day.

The last member of the founding elite, she was both an exemplary product of the Zionist movement and a designer of its ethos and narratives. As such, her personal story is, in many ways, the story of the Zionist enterprise; a tale of pride, resurgence, determination, overcoming challenges, and inspiration – but also a story of stubbornness, arrogance, insensitivity and self-absorbance. A hopeful promise that inevitably encompassed tragic turns. 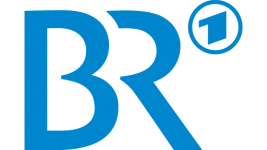