NISMAN – The Prosecutor, the President and the Spy

“Nisman“ is a global true crime series that reveals how the dealings between Argentina, Iran, Israel and the USA – and their respective secret services – culminated in the mysterious death of Alberto Nisman.

NISMAN – The Prosecutor, the President and the Spy

A prosecutor investigating a terrorist bombing accuses the Argentinian president of colluding with Iran. Four days later he is found dead in his bathroom with a single shot to the head. Alberto Nisman died in Buenos Aires, but the shockwaves of this mysterious murder, or suicide, spread across the globe to Israel, Iran and the United States. Immediately in Argentina president Cristina Kirchner was accused of having Nisman murdered. Thousands took to the streets to protest. In turn, Kirchner accused the most infamous, and feared person in Argentina, a veteran spy with close ties to the CIA and Mossad, Jaime Stiuso, of conspiring against her. With Argentina in turmoil, the focus turned back to the unsolved case of the murder of 85 Jews in the AMIA bombing of 1994, the biggest terrorist attack in the Western hemisphere before 9/11, and the biggest attack on Jews outside Israel since the Second World War. This is a story of ambition, corruption and dirty tricks which unfolds, with rival narratives of good and evil, of suicide or murder, and of truth itself, around a body in a bathroom with enormous international resonance. 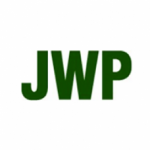 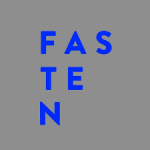